A stone’s throw from Camping Le Petit Paris, enjoy the foot and bike paths, picnics in the forest, lazing on the beach, the local markets, and the entertainment in Les Sables d’Olonne.

There is so much to see and do in Les Sables d’Olonne to please the whole family.

Check out the water sports activities in Les Sables d’Olonne, detailed in the “Seaside” section.

Discover the wonders of the animal world and marine life at Les Sables d’Olonne Zoo and the Aquarium de Vendée.

Are calm, green spaces what you seek ? The Sables d’Olonne Zoo is the place for you. Located close to the beaches, the Zoo is a refuge for more than 500 exotic animal species and ancient trees.

For a more complete immersion, you can participate in the meal-time animations with qualified trainers.

Biodiversity preservation is a central preoccupation for the zoo’s team.

Are you an admirer of the aquatic world? You will be mesmerized by the more than 5000 aquatic species in over 60 aquariums at the Aquarium de Vendée. Explore the underwater world from the Atlantic to the Great Barrier Reef. You may partake in the activities and workshops proposed by the team during your visit to the Aquarium!

During your vacation at Le Petit Paris, visit downtown Sables d’Olonne with its boardwalk, villas and charming neighbourhoods.

The promenade that runs along the vast beach of Sables d’Olonne, is steeped in history. You will be able to go back in time, thanks to the historical plaques set along the promenade, indicating the architecture from the 1930s. You can see, in particular, “La Pendule”, a pendulum clock measuring 8 meters high, which was built on an old blockhouse and inaugurated on July 1st 1956.

The boardwalk is very popular with holidaymakers and locals alike who take advantage of the bars and restaurants with view of the ocean, shops and nightly entertain in July and August.
Parallel to the boardwalk, you can continue shopping in the pedestrian streets, buy fresh produce and local specialties at the market, les Halles, walk along the fishing harbour and visit the Notre Dame de Bon Port church and quaint neighbourhoods in the city centre.

Places you will not want to miss :

Ile Penotte: a small neighbourhood with narrow streets, facades and walls decorated with shell mosaics. These decorations, inspired by mythology and fantastic folktales, were produced from 1997 by Danièle Arnaud-Aubin, a resident and local artist. She is nicknamed “the lady of the seashells” and has made this district a must-see in the Sables d’Olonne.

La Chaume: you will enjoy an exceptional view of the bay of Les Sables d’Olonne from the Château Saint-Clair and the Tower of Arundel, built in the 15th century by the Princes of Talmont. Originally, La Chaume was an independent district of immigrant Spanish fishermen.

You can access La Chaume, the oldest district of the city, from Les Sables, by boarding the maritime shuttle, to cross the channel, the legendary start of the Vendée Globe.

You will thus discover its narrow streets, the Tower of Arundel and its fortress, the Priory of Saint Nicolas and La Grande Jetée.

AND the ports and harbours : the fishing port, dating back to the 16th century, is situated in the city centre. The 19th century commercial port, located on the island of Cabaude is just opposite the fishing port. The marina ‘Quai Garnier’ in the heart of downtown Les Sables d’Olonne, close to lively neighbourhoods animated with bars and restaurants. 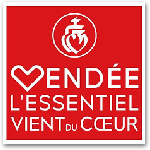 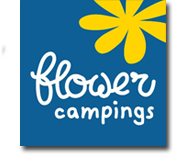 Arrivals possible on Saturdays and Wednesdays during the high season